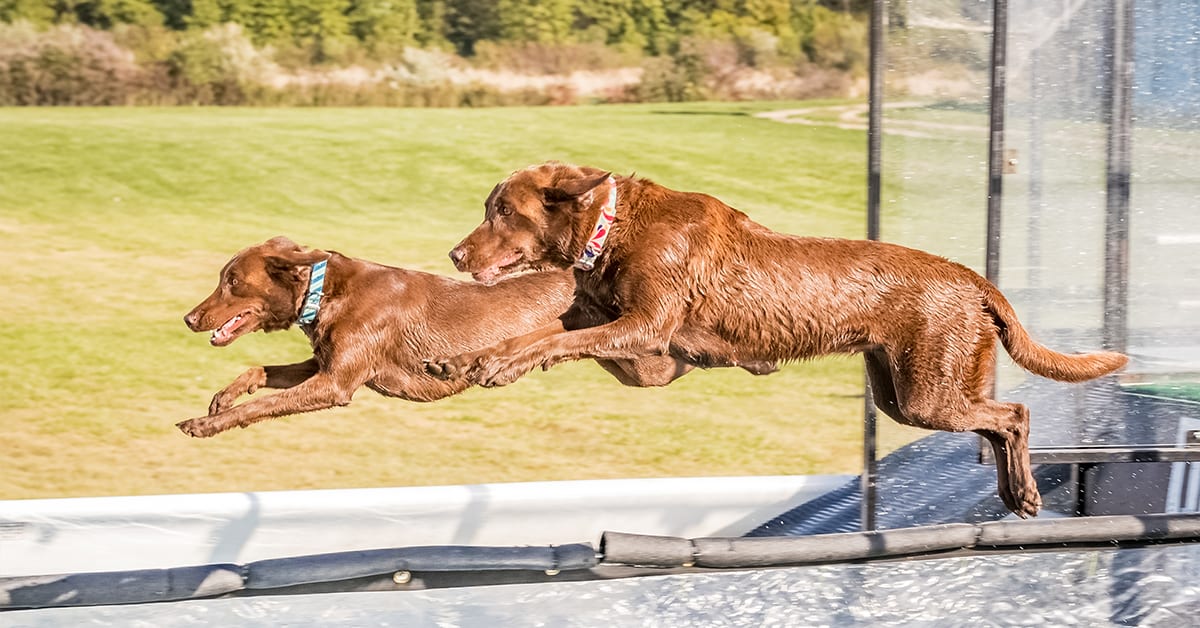 Who are the Madtown Flyers?

Madtown Flyers is a team of Chocolate Labrador Retrievers and half-sisters Air Maddie & Bella X-1, who swim fast, fly high and far. Handlers Molly & Eric Johnson started out in the sport in Colorado and now live in Kansas.  Both dogs compete in all disciplines of DockDogs and new spin off sport called Dueling Dogs. We compete around the country, have fun with friends and love making new friends.

Where did the name come from?

The team derives its name from our first competition dog, Air Maddie who started competing in Dock Diving. Madtown is one of the many nicknames we have for Maddie, with the addition of Bella X-1 and how much they are both crazy for dock diving sports and wanting to have a team name, we became the Madtown Flyers.

How long has your team been doing aquatic sports?

This is our 5thyear competing in DockDogs. Maddie started in the sport at just over a year of age in 2013 when I found a local facility where she could begin swimming and exercise. From there I found another facility in our hometown where we could practice, learn, grow and have fun.

Meanwhile, we found out there was a local club and upcoming event outside of the Denver area. So, we went, tried it and loved it. And met super helpful people who are now some of our best friends. From there they showed us the ropes and other events we could start out with in Colorado. Maddie loved it so much it grew from there, we began to travel to other states and she has been competing ever since.

As a pup, Bella got to come along with us and watch her sister at competitions and Maddie taught her a lot.  Bella began swimming as a young puppy and took to it right away. With the help of her big sister and us being able to get in the practice pool it didn’t take long to get her off the dock and that was all it took. After her 2ndjump Bella was hooked, ready to go on her own and a natural Bella took to it quickly and was a natural. She began competing as early as she was permitted at six months of age.

What was it that drew you to aquatic dog sports?

Maddie & Bella being Labrador Retrievers naturally love the water, swimming and retrieving. They have a natural drive for it. Maddie’s dog dad played in the sport for a while and we had seen it on TV so Molly began to investigate more to find out how to try it locally. Once we began we were hooked and the dogs absolutely love it! So do the humans! Additionally, it is a low impact exercise to keep the dogs fit and healthy.

Maddie got started by beginning at a local indoor facility in Colorado Springs, CO where we used to live and connecting with local experienced competitors in the sport who helped to teach us and encourage us. From there we began to compete locally and then moved into national events. We became good friends with those who helped us and soon met new friends where we lived and across the country to develop a whole community. We continue to learn, grow, meet new friends and have a blast!

What is the training that goes into this sport?

Training can look like a number of different ways to different people. Working to have your dogs in shape and fit as possible will help them to do their best and reduce any potential injuries or over exertion. Having access to a pool and dock or facility is optimal and desirable. These locations ideally have a regulation dock and pool and are set up with the tools and appropriate discipline apparatus to learn, practice and swim to maximize conditioning and training. If that is not possible having access to other water ways can include swimming, and playing as well.

There are other ways to train or condition which can include land activities that you can do with your dog such as walking, bike riding, and running. Some people even have treadmills and specific equipment to help dogs with strength like Fitpaws. It really comes down to what work best for your dog, your resources and finding things that keep your dogs fit and mixing up the type of exercise to compliment the kind of activity or discipline they participate in the sport. 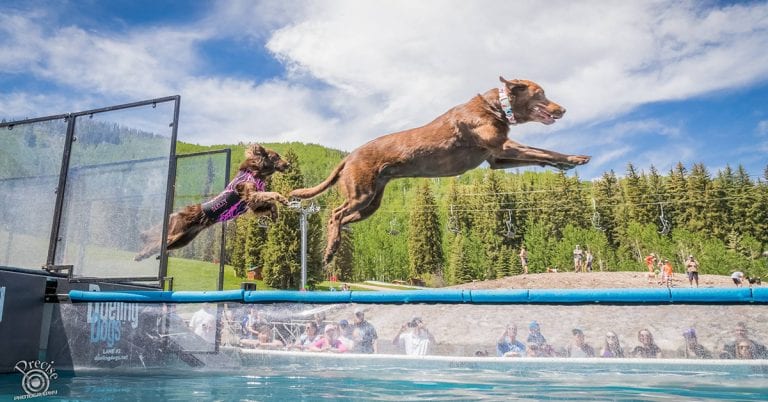 How can an outsider get involved in Dock Diving?

Look for a dock diving club or group in your area or neighboring area. Contact them and try it. If you do not have anything nearby see if an event is coming to your area through the various websites like dockdogs.com and come out and try it. We have taught a number of new people and the community at large not only welcomes new people but do whatever we can to help teach and encourage new people into the sport.

What is your favorite thing about this sport?

I love playing and competing with my dogs. Each one is their own individual and working together is amazing.  We have fun and enjoy striving to do our best together. It keeps us active and we have built so many friendships and continue to across the country.

What would you say is your ultimate goal with doc diving?

The ultimate goal really is to have fun with the dogs.  I want to keep them doing it as long as they like it and are able to compete. The competitive side of me, however would say it is to earn World Championship invitations for both dogs in as many of the disciplines we compete in as possible. 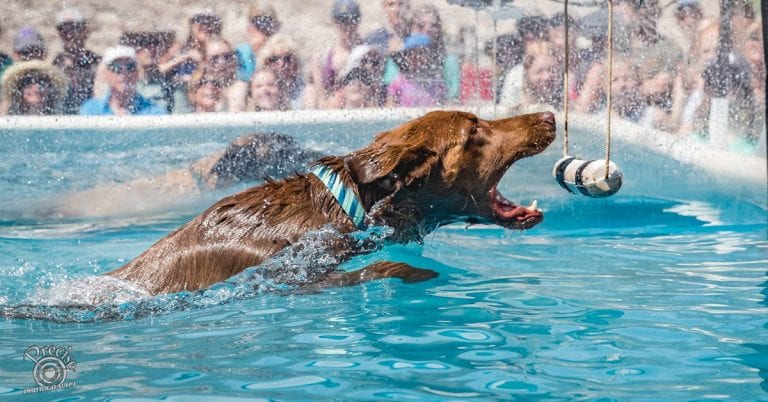 How have Vetericyn Animal Wellness products helped your dogs?

Spending so much time in the water can take its toll on their eyes and ears. As part of routine maintenance, we always use the Vetericyn Plus All Animal Eye Wash to flush out their eyes and relieve the irritation they can experience after an event or training. We do the same with the Vetericyn Plus All Animal Ear Rinse. It really helps to clean and flush their ears and get rid of odors. Doing this on a routine basis is the main reason we have no major issues like infections which could really hurt our ability to train and compete.

We also LOVE the Vetericyn FoamCare pet shampoo. It sprays on so easily and rinses off so fast, we use it weekly for baths and even for spot cleaning if Maddie or Bella decide to get a little messy–which they have been known to do. We’ve noticed their coat and skin are shinier and healthier. There’s no dryness or itching and after being in the water so much, you can imagine how that would be a problem for them. We recommend FoamCare to all of our pet-owning friends. Can’t say enough great things about it!

Dr. Melinda J. Mayfield-Davis, DVM, WCHP-AH, brings over 20 years of experience in veterinary medicine.  She is the Technical Services Veterinarian with Innovacyn, Inc., parent company of Vetericyn Animal Wellness. She received her DVM from Oklahoma State University and now resides in Southeast Kansas with her husband, two children, four dogs, and six horses. Prior to working with Innovacyn, Dr. Mayfield owned and operated the Animal Care Center in Columbus, KS. 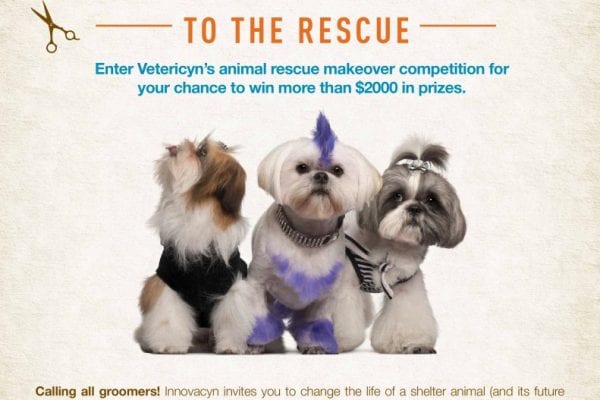 Groomers to the Rescue! Winners Announced 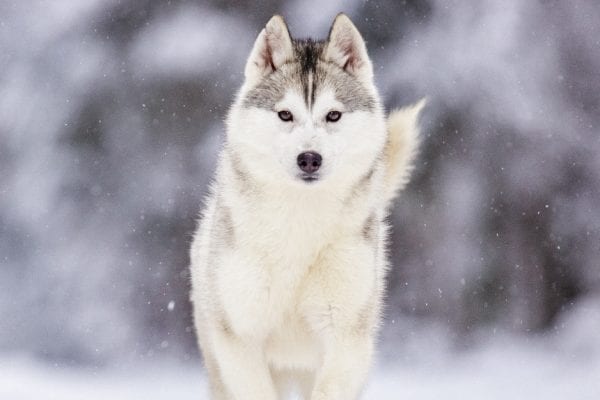 What is the Best Pet Shampoo for Huskies? 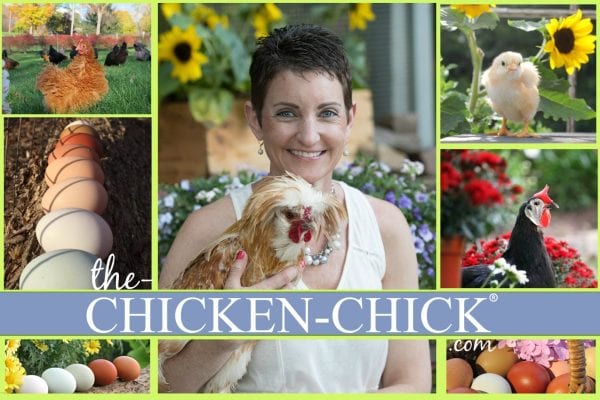