Small, adorable, and even-tempered—it’s no wonder the French bulldog (a.k.a. Frenchie) is the second most popular small dog breed in the world.1 These dogs are popular with city dwellers and families alike. Visually these pups have all the adorable trademarks of a bulldog, from the scrunchy nose to their extra folds, but they’re also sturdy and compact.

If you’re looking for a companion for long walks, cuddles, and playtime, a Frenchie may be your new perfect friend for life. But before you start picking out names (and matching holiday sweaters), it can help to learn a little bit more about this unique breed and what sets them apart from the pack.

A History of the French Bulldog

What do English lacemakers have to do with this bull-headed breed?

Turns out, quite a lot.

Contrary to their names, French bulldogs actually originated in England. During the Industrial Revolution, lacemakers moved in masses to France and brought with them the smaller, less-desirable English bulldogs that had been rejected from both shows and competitions.2

Soon, opinions changed and these small dogs were being bred for all the things that originally made them undesirable. Specifically, breeders valued their small size, large ears, and flat snout.

Factory workers, working women, and socialites all found the charm of these small dogs irresistible. Because they were so compact and low-cost, French bulldogs were ideal companions that didn’t take up too much space (or eat up too much food).

From there, the French bulldog’s popularity grew and was soon turning heads amongst the Paris elites, appearing in the impressionist paintings of Henri de Toulouse-Lautrec and others.2

As their popularity grew in Europe and the UK, it’s no surprise that soon these little dogs were stealing hearts across the pond as well. American tourists were soon bringing French bulldogs back with them, and it’s even recorded that a French bulldog was aboard the Titanic.

Americans were the first to create a French Bulldog Club and formalize their characteristics, officially dubbing their wide ears as the breed’s signature “bat-ears.” A true citizen of the world, the French Bulldog originated in England, gained fame in France, and has become nothing short of an American obsession.3

All of the things that led to the French Bulldog becoming so popular in the early 1900s are also what have kept folks all over the world seeking out this breed for centuries:

Since their big come-up in the Industrial Revolution, there’s no shortage of famous Frenchies:

It’s true, Frenchies have been winning hearts and finding forever homes all over the world for the past few hundred years. 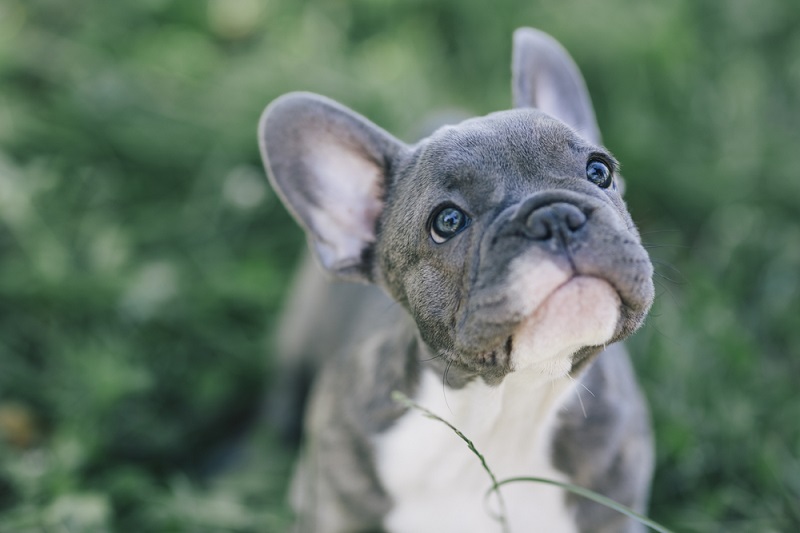 From penthouses to farmlands, the French bulldog can be found loving life in all different places. But what makes these little dogs so versatile? Let’s take a closer look.

This even-tempered dog has even been dubbed “the apartment dog” as they’re small in size and relaxed by nature. Although some can be high energy and extremely outgoing, generally these dogs are easy to train as they’re excited to learn and looking to please.

These small dogs are not known for their aggression, making them a perfect choice for families or crowded communities. Though they’re known for seeking affirmation and attention (aren’t we all?), the French Bulldog does not need a constant outpouring of positive reinforcement.

The French bulldog is known for being intuitive as well as stubborn, making them easy to train. However, this can make them prone to anxiety, depression, and separation anxiety.

Now that you know more about French bulldogs’ temperament and features you might be wondering, do French bulldogs shed? This dog breed is considered low-shedders making them a perfect fit for your family.

Just like people, the personality and behavior of the French bulldog can depend on genetics, training, and circumstance. However, most are generally:5

These small dogs are well-loved around the world as they’re wonderful for:

They also don’t require much exercise or outdoor time and are known for getting along well with other dogs and animals.

While some French bulldogs have high energy and others are a bit more relaxed, they all need a well-rounded diet consisting of variety and nutrients that are easy to digest:6

Because French bulldogs are prone to obesity, high-quality dog food is recommended. It’s also important to monitor their calorie intake as well as their weight. Although treats are delicious and Frenchies will attempt backflips for them, just make sure they’re enjoyed in moderation.7 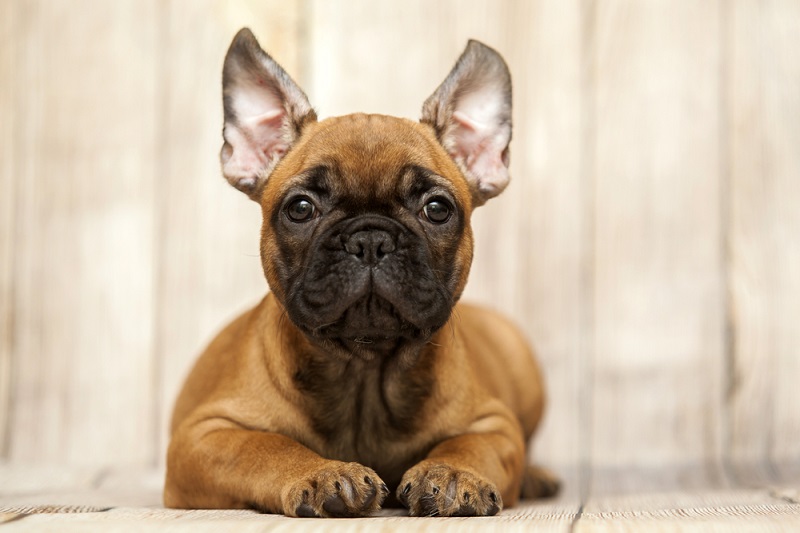 Health Risks for the French Bulldog

Other common health risks for the French bulldogs are:8

French Bulldogs & Vetericyn: A Perfect Pairing for Your Pup

From their humble beginnings as work companions to gracing the laps of royalty and celebrities, it’s no wonder this little dog has become one of the most popular breeds in the world. Their even temperament and fast intelligence, not to mention their loyalty and affection, are truly what set this small dog breed apart—and, of course, their bat-like ears, round faces, and squat, sturdy bodies.

If you think a French Bulldog is right for you, or if you’re just looking to help the one you already have to live a better, healthier life, then make sure to check out Vetericyn’s full line of products, easily available on Amazon, Chewy, and Petco.